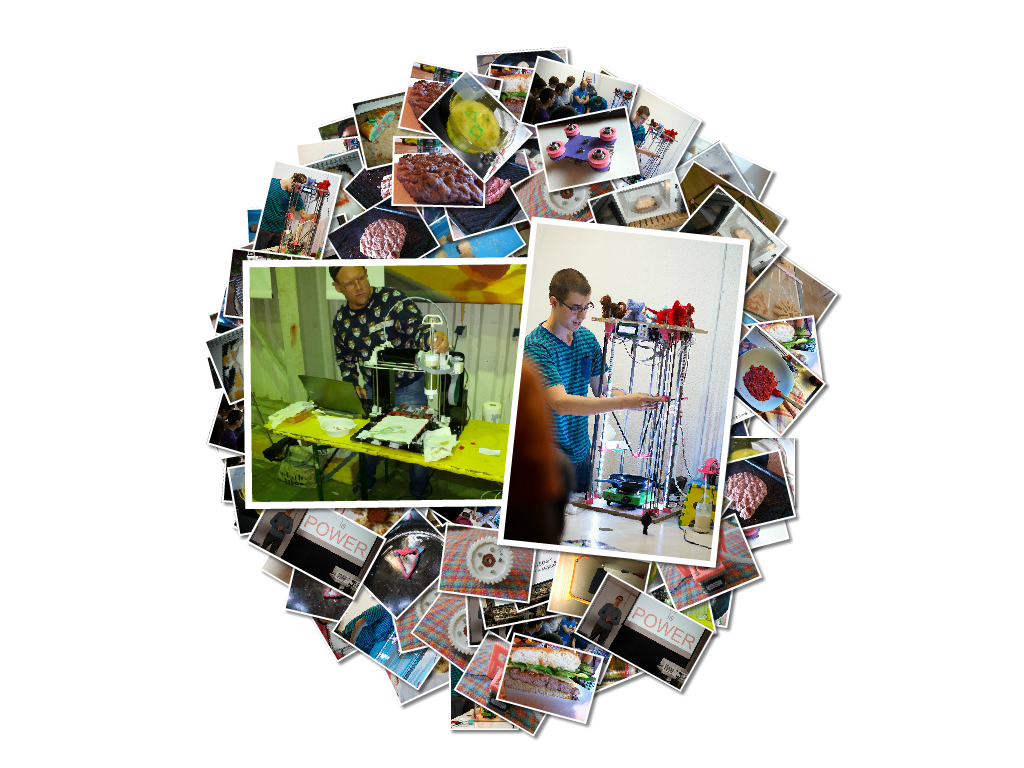 DISCLAIMER: This was really done in about a 2 week time period starting 04JAN, before the ChefJET was announced and other things we talk about that may seem a like we were channeling Nostradamus, but we do believe this is the year of the Robot Kitchen.  It is nobody’s’ fault but my own (Jason) for not getting this edited and up quicker… but we did acknowledge the news in some of the conversation just to make sure we didn’t miss out on giving our two cents about them!

In the beginning of January 2014 I asked Mr. Luis Rodriguez ( the brilliant Digital Chef behind the 3D Printed Pancake , PLYUMP and 3DigitalCooks.com ) if he wanted to do a collaboration about the (at the time) current theme of predictions for 2014 but only for 3D Food Printing.  He graciously agreed and so the  3DigitalCooks x BotBQ collabo was born! The following is our email conversation where we posed questions to each other and gave our opinions on what we think will happen in 2014 in the amazing world of 3D Printing Food and in the forthcoming Robot Kitchen!

It will be a two parter as in half of our conversation will be here on BotBQ.org and the other half will be up on his site @ 3DigitalCooks.com.

We hope you enjoy it, and if you’ve got anything to add, please feel free to comment here or interact with us about 3D Printed Food on any of the social media platforms where you can find us: Jason / Luis

Jason: I was introduced to it first as “3D Printed Food” as the term to cover the whole of “3D Food Printing” so that is probably why I use it more as I am just used to it

When you are actually talking or writing about it in different circumstances it makes much more sense to use 3d food printing, but I am no grammatical specialist so at times I am still confused.

Luis: This is a tough one for me, because its a grammatical thing (my English goes with the wind~~), and until not that long i was writing “3d printing food” instead of “3d food printing”  hahaha actually I have a memo right beside me that reminds me that i should type “3d food printing” instead

Personally i prefer 3d food printing, but its just a feeling.

In 2013 we saw food printed mostly via FFF but which other 3D printing technique may be used more for printing food in 2014?

Luis: I think we are going to see more people trying powder bed printers approach, weather it’s with an inkjet head or with a laser (my goal, combining both ( dreaming for free here;) )).

For sure FFF is going to step up with more commercially available products.

I am pretty interested in “the chocolate race”, lots of people trying to get “the” printer. Waiting for 3D systems and Stratasys try.

I think its nice to separate market expectations from experiments…

Jason: This is one topic I am really excited about for 2014 as I’ve only experimented with FFF so far (Do you think we should coin a term for Food as a filament, or does it already count as a filament? “Fused Food Fabrication”!

As the technology becomes cheaper to adapt at home, just as in the case of RepRap, I believe we will see a bunch of different technology come about in the 3D food printing world.  I am in complete agreement here with you Luis, powder bed food printing is most likely going to be adapted more and more this year.

Luis: I hope 2014 is the year of the crazy. I mean, cooking is really complex stuff, lots of process at the same time. I hope this challenge engage people to try all sort of stuff, not just powder printer, but printers inside of fridges, or deep fryers, or vapour, or laser and hydrations, … I think the possibilities for imagination are endless!

What do you think will be the most exotic or unlikely 3D printed food of 2014?

Jason: This is a pretty tough prediction to make because we are talking about edible items here… My brain immediately goes to some type of chemical components based strictly on nutritional needs, but that’s not what I’d like to think would be the most exotic.. I would like to think that the desert section will explode and we will see some type of exotic fruits mashed down and printed.  But for totally unlikely, I think that we will actually see someone try and print something involving alcohol!  This will happen.. maybe something like a daquari type consistency.  Alcohol can be a food right???

Luis: I am looking forward for when the first 3D food printing “proper” tools appear in the hands of chefs. Definitely I think the first dishes are going to explode mainly the “visual” side of 3D printing.

I would love to see somebody to come up with some technique to print supports that after boiling releases the structure and give flavor or some clever use of yeast and fermentation, gelification, …

I think before we see really awesome stuff “easy” tools need to appear.

Thank you for reading through part 1 and for putting up with our thoughts on 3D Printed Food predictions for 2014!  It really means a lot to us that you would follow along on our journey in 3D food printing and we really want to hear what your thoughts are on the future of this awesome new realm bridging Food and Technology.  Feel free to comment on these posts or reach out to us and let us know what you think, even if you just think we are two crazies!

Thank you again and happy printing! 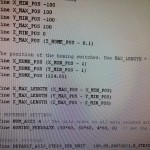