As soon as I got the tweet that this TED talk had been put up on TED.com I figured “Do I really wanna watch this and hear him talk up the latest 3D Systems thingamajig?”…..  Then I did.

I was actually blown away that he didn’t mention the company name even once.  He’s a smart guy.  I think he has learned a lot from the months of Makerbot bashing that has been taking place recently, and his messege was pretty cool.  His grandpa was a cobbler, and now can say he is as well….. because of 3D Printing. And he is smart enough to show 3D Systems products in his hand on stage, but not mention them by name… sneaky indeed, but smart as it’s not annoying at all.

I recommend you check it out too as it does cover some cool things and has some real inspirational aspects to it with the exoskeleton and of course I got excited when he started talking about 3D Food Printing. 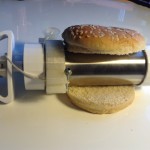 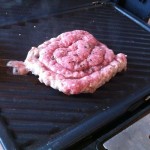